As one of Rock’s biggest bands, Bon Jovi’s legacy is as much about giving back as it is about anthemic performances and box-office-smashing tours. In that spirit, Jon Bon Jovi announced on Facebook Live an opening act contest that allows bands to upload an audition for the chance to open an arena date on Bon Jovi’s upcoming 2017 This House Is Not For Sale Tour. 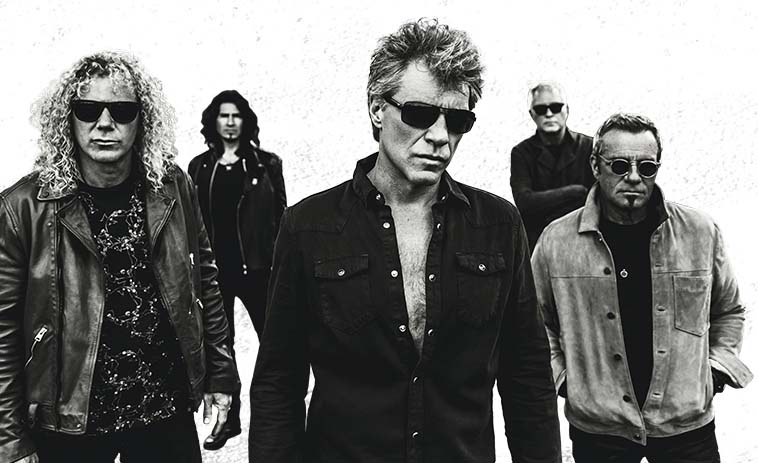 It is the third time in recent years that the Grammy Award®-winning band has invited local and regional artists to share the stage (2006’s Have A Nice Day Tour and 2010’s The Circle Tour). Those chosen will demonstrate that they have the sound, style, and substance to open an arena show.

Jon Bon Jovi said, “Every great band starts small and builds their rep one show at a time. That’s the opportunity we were given and now we want to pay it forward. If you’re ready for the arena stage, submit your audition tapes and join us in playing for the best audiences in rock music.”

HOW TO ENTER: Bands will upload audition videos beginning now at Bonjovi.com or the Bon Jovi and Live Nation Facebook pages. Submissions will be displayed in a live gallery for viewing and sharing.  10 finalists will be chosen and Bon Jovi management will select the opening act contest winner for each tour date. For rules, visit http://livemu.sc/OACRules.

Toronto Winners will be notified they have won on Sunday March 12th, 2017.

Bon Jovi will be performing at the Air Canada Centre on April 10th and 11th.

Will you be entering the contest? Let us know in the comments