The 2017 Canadian International AutoShow is almost here with 41 vehicles making their first appearance in Canada.

Among the vehicles to be launched are: 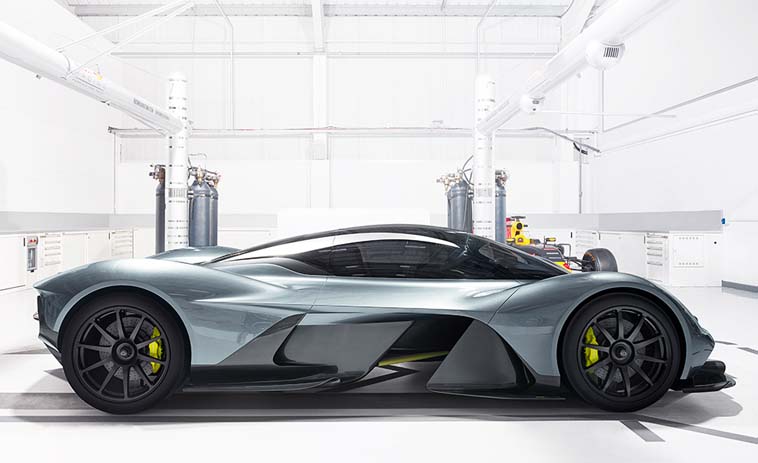 The Aston Martin-Red Bull concept hypercar AM-RB 001 will make its first appearance in North America — and global auto show debut. The unique and groundbreaking AM-RB 001 is an unprecedented fusion of form and function the likes of which has never before been seen in a road-legal vehicle. The hypercar boasts a lightweight carbon fibre frame and radical aerodynamics for unprecedented levels of downforce. At its heart is a mid-mounted naturally aspirated V12 engine with the potency to achieve a 1:1 power-to-weight ratio; 1 bhp per kilo of weight. The suspension system features innovative technology and employs principles honed by Adrian Newey, Red Bull Racing’s Chief Technical Officer, over his 30-year career. 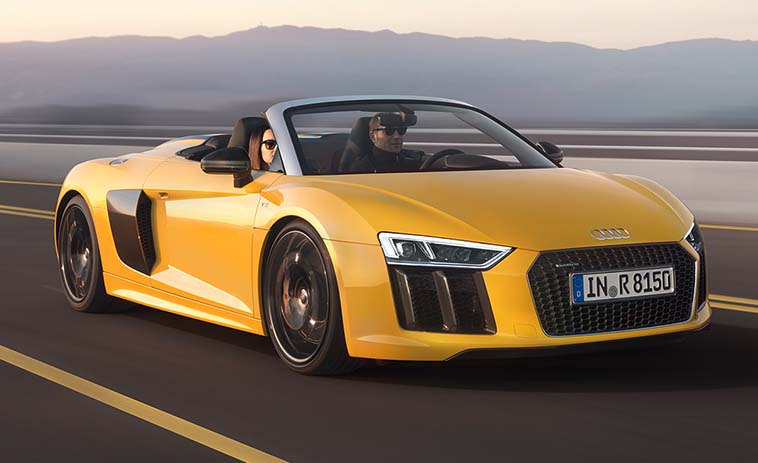 The new R8 Spyder V10 combines impressive performance, sporty elegance and the thrill of open-air driving. With 540 hp, this 5.2 V10 FSI engine performs. Put the top down and prepare to rocket from 0 to 100 km/h in just 3.6 seconds, listening to the glorious noise from the mid-mounted, naturally aspirated engine. With 7-speed S-tronic and a top speed of 318 km/h, it is a sound track you’ll want to play on repeat. 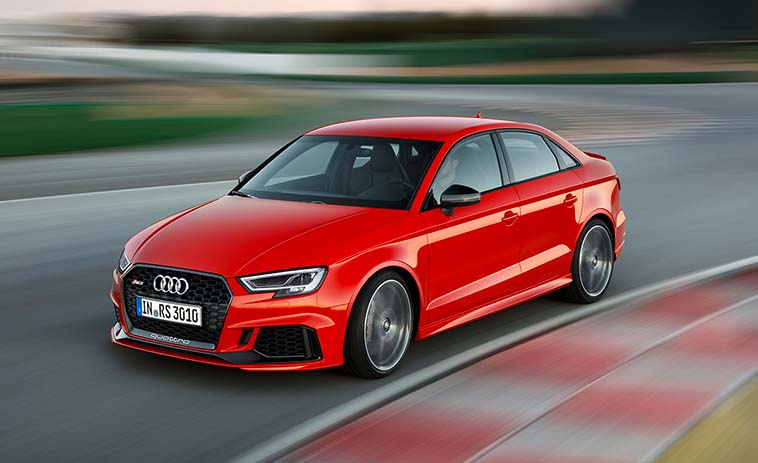 Take one look at the RS3 and you know it means serious business, from its large front air intakes to its massive tailpipes. With a 400-hp 2.5-litre turbocharged five-cylinder under the hood, it has the muscle to back up its menacing appearance. Its seven-speed dual-clutch automatic routes torque to all four wheels; The RS3 can rocket from zero to 62 mph in just 4.1 seconds. 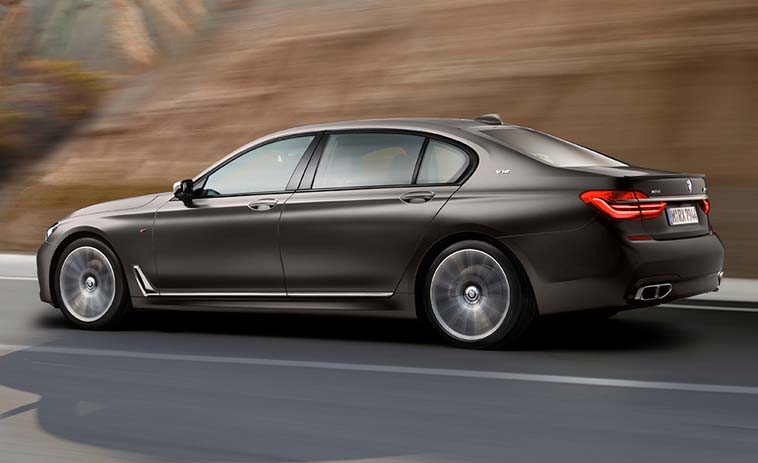 The new 2018 BMW M760Li xDrive is the first M Performance automobile in the flagship 7 Series family. The all-new M760 combines luxurious driving and style with safety and innovative technologies while embodying M Performance dynamics. The integration of the first 12-cylinder gasoline engine with M Performance Twin Power Turbo technology enables the flagship performance sedan to deliver 600 hp at 5,500 rpm and peak torque of 590 lb-ft from as low as 1,500 rpm. These performance figures enable the luxury sedan to accelerate from 0 to 100 km/h in just 3.7 seconds. The iDrive operating system is now available with touch screen technology offered in conjunction with the standard Navigation system. The new BMW 2018 M760Li xDrive will debut in Canada in summer of 2017. 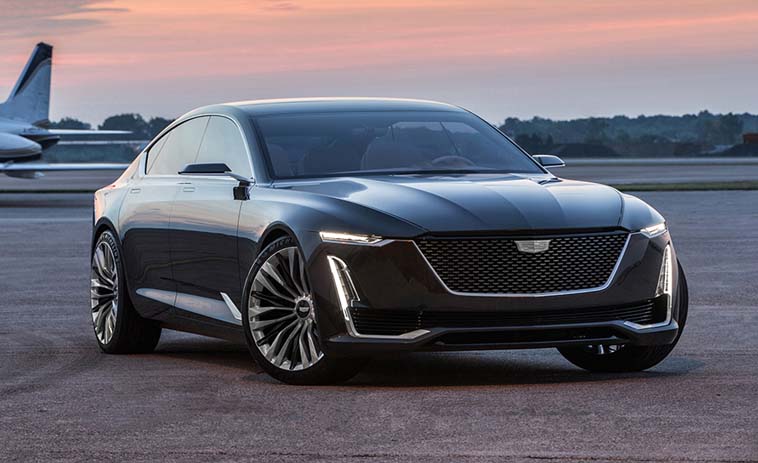 The Cadillac Escala – from the Spanish word for “scale” – is a reflection of the design evolution. Immediately apparent are the sculpted exterior lines on its large frame, giving it the appearance of gliding down the road. Inside you’ll find an OLED touch screen spanning the front console, a central module control that responds to your voice, touch and gestures, and a rear seat connectivity system. In addition to the technology and craftsmanship, the Escala offers a robust performance system featuring a powerful 4.0L V8 engine and a new RWD-centric mixed-material construction which makes it as powerful as it is beautiful. 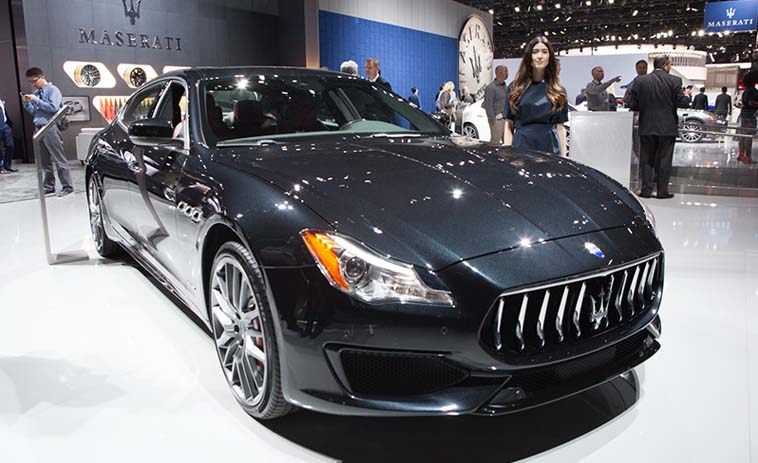 The new Maserati flagship sedan features additional high-tech content in the area of on-board comfort and driver assistance, as well as exterior restyling and a new dedicated range strategy. The GranSport underscores the sporty character of the Quattroporte while enhancing the aggressive appearance of the car. New exterior design cues and interior content reflects the legendary racing heritage of the Maserati brand. 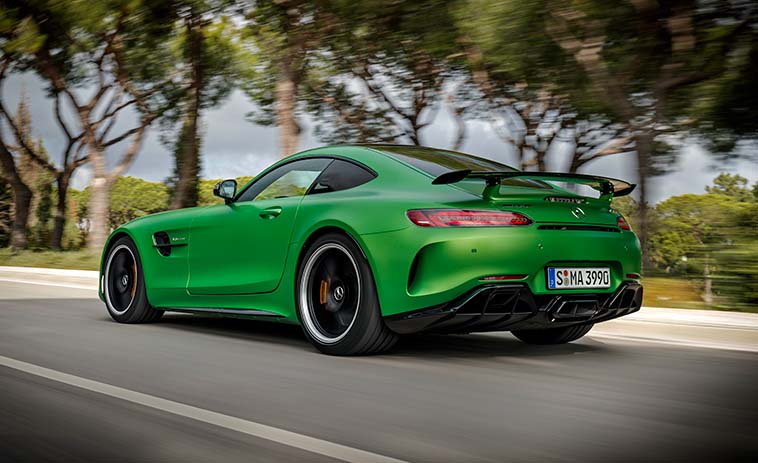 The Mercedes-AMG GT R was designed as a track car off the showroom floor, with striking aesthetics and adrenaline-pumping performance dynamics to match. Its handcrafted AMG 4.0L V8 biturbo engine with “hot inside V” configuration grinds out 577 hp and 516 lb-ft of torque and the all-new AMG traction control with nine input levels is literally at your fingertips in the centre console. The motorsports technology goes beyond just the engine, too. Active rear-axle steering turns up to 1.5 degrees of toe angle for increased cornering response and high-speed stability. The light dual-mass flywheel is responsive and ready to handle rigorous torque spikes of transmission kickdowns on-track. 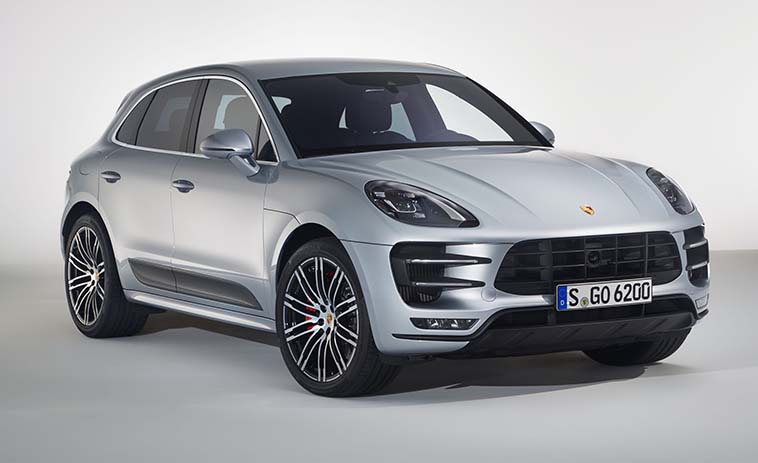 The figures simply speak for themselves: the 3.6-litre twin-turbo V6 engine produces 440 hp, an additional 40 hp more than the Macan Turbo. It accelerates from 0 to 100 km/h in just 4.4 seconds – making it four tenths faster. Its top track speed: 272 km/h. Performance that befits the ultra-modern, efficient 6-cylinder engine. The improved performance on the racetrack can be measured using the digital and analog stopwatch. It delivers the typical Porsche sound – at the touch of a button and in its most powerful, resonant form. The Sport exhaust system with sport tailpipes is a treat for both the eyes and ears and larger front brakes ensures plenty of stopping power is available. The first units will begin arriving in Canada in the first quarter of 2017 with pricing starting at $97,600. 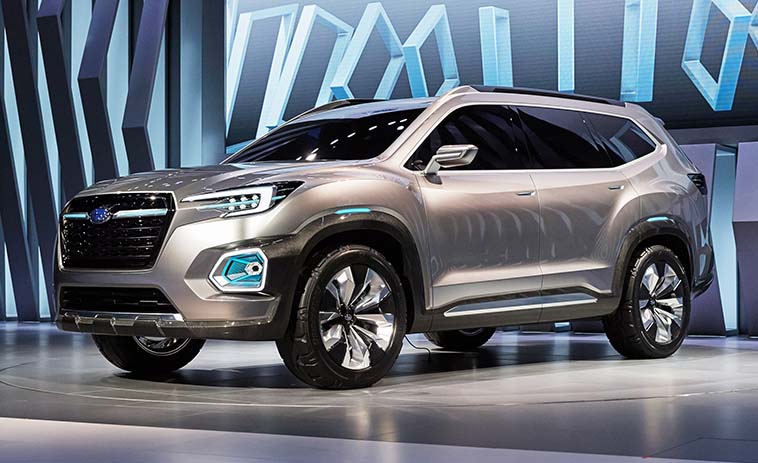 Subaru VIZIV-7 is a concept series embodying the future vision of car development for the “enjoyment and peace of mind” that Subaru wants to provide to customers. With full three-row capability and Subaru’s DYNAMIC x SOLID design philosophy, Subaru VIZIV-7 SUV Concept shows the size direction of the all-new three-row midsize SUV to be introduced to the North American market in early 2018. 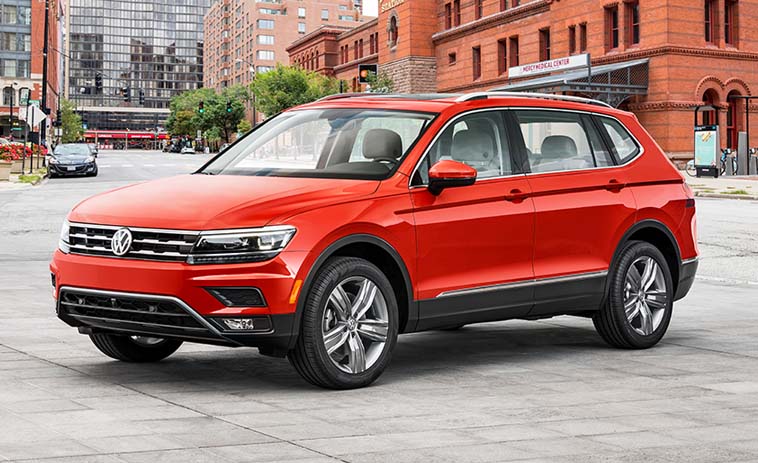 The 2018 Tiguan is all-new from the ground up. It is bigger than ever, and now offers an available third row for those times when the guest list just keeps on growing. The Tiguan is a stylish and modern compact sport utility that handles all types of roads and weather with ease. Inside, driver and passengers alike will be surrounded with quality finishes and the latest technology. Powerful, safe, spacious and fuel efficient, the Tiguan is a great choice for the active family.

The Canadian International AutoShow will be held at the Metro Toronto Convention Centre between February 17th and 26th. Please visit autoshow.ca for more information.

Will you be attending the AutoShow?